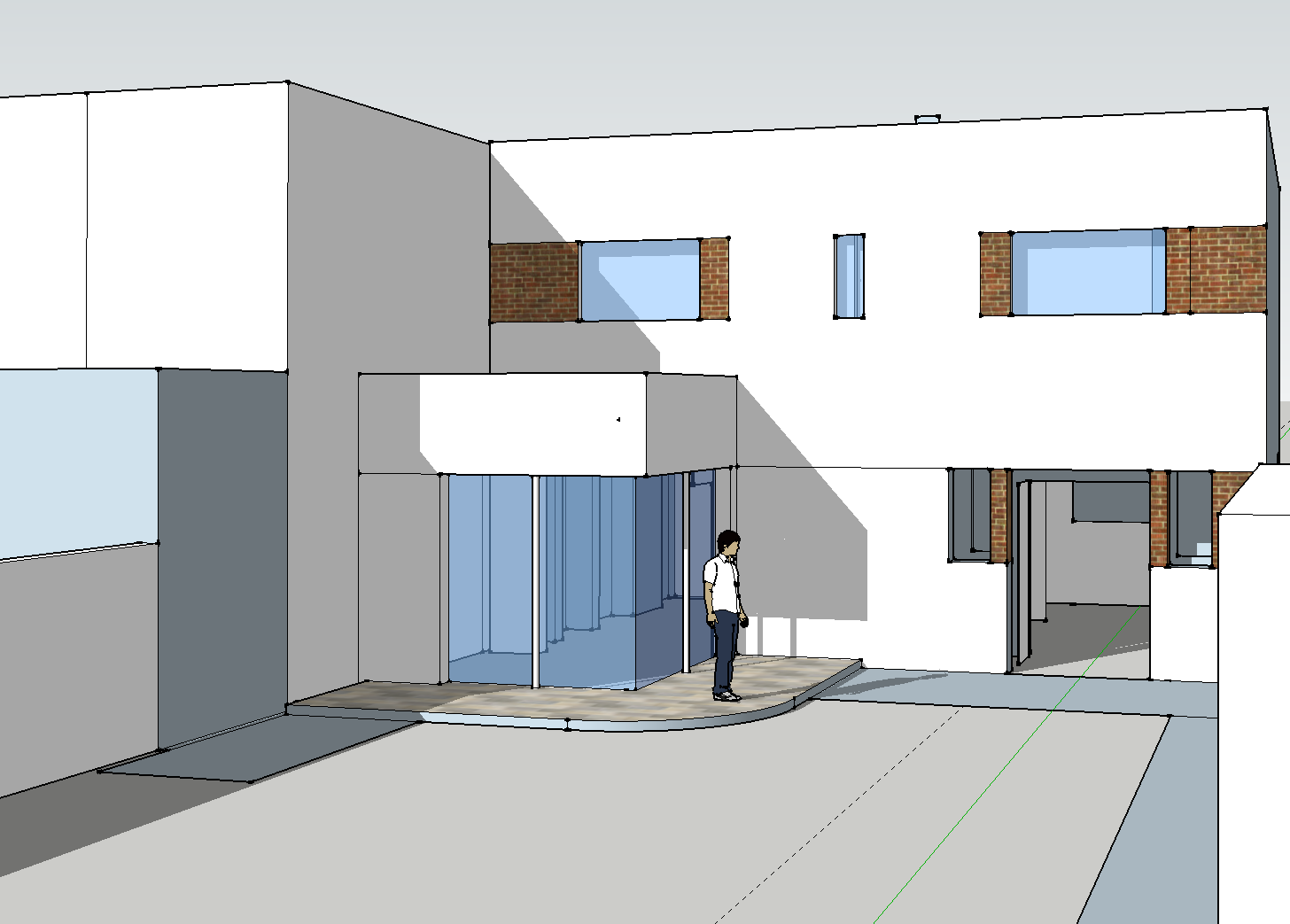 There are very few art deco houses in Dublin which have not been ruined by out of character alterations and so it is a delight to be working on one at the moment where we are looking at a small extension to the rear, as well as some (in character) alterations. I'm considering corner sliding doors which open and leave the corner free, just the sort of thing they'd have done in the thirties if the technology allowed it! Delightful project and clients...who wouldn't want to be an architect on days like this!
Posted by Unknown at 10:53 AM No comments:

In Support of new Building Control (Amendment) Regulation (S.I.9 of 2014)

In support of SI9 I offer the following Opinion Piece.
Good for clients
At the end of the day the client will be sitting down in the new or extended house having a relaxing cappuccino and now with the added confidence that the team members have stood over their work. Construction is hugely complex and while normal projects with proper builders and professionals have been doing a good job for years much of their actions have not been codified and so the door was open for the shortcut brigade to get in there. Competence is now a legal requirement. While this is bad news for the incompetent it's good news for the client who has just made their biggest ever financial investment.
Good for architects
Architects will now be engaged on a fuller service and hence will be better able to control the build. While some projects had a full architectural service far more projects had none or only a minimal partial service. Architects, as well as engineers and building surveyors, have the skills and experience for the task and the wisdom to call in appropriate expertise for any gaps in this knowledge. Workload will rise for what still remains an extremely depressed profession. (the Architects Council of Europe (ACE) reported that average sole principals salary in Ireland drop from €75,000 in 2008 to €25,000 in 2012). The service of an Assigned Certifier is under a separate fee and agreement to the main fee. Yes it costs more but the benefit is the development of an (overdue) compliance culture  in the construction industry.
What's the fuss?
If you are reading this article you, like myself, are a participant (or should I say “victim") of the Information Age where all can express opinions. Much fear has been spread about SI9 on all media and from my perspective I see these main reasons being:
1. SI9 came in too quickly.
The law was only published six weeks before enactment.  In many cases this isn't a problem but with the huge complexity in this particular law  problems arose. The minister's stated view that www had a year to prepare is questionable because the major part of that year was taken up by the stakeholders working with government to get the impossible SI90 of 2013 morphed into the (difficult but not impossible) SI9 of 2014. RIAI could not advise members on a law that was up in the air.
2. The online system was untested by all. It could not be seen before 1 March.
3. The framework and understanding for inspection plans was absent. This led to massive variation in interpretation of how many visits are needed.
4. Local authority staff could not be trained.  There was virtually no time for this to happen.
5. RIAI information to members and public has been delayed. who have the capacity and mandate to advise members was slowed down by a new Council, elected prior to sight of SI9, on a platform of protest against its impossible predecessor SI80.

6. Self builders felt excluded. This was based on the wording under the signature on a Completion Certificate Part A which says:  “to be signed by a Principal or Director of a Building Company only”. Both Minister Hogan and Martin Vaughan, assistant principal in the Architecture/ Building Standards section of DoECLG clarified “It is only where the assigned person is a company that the requirement applies that the signatory be a principal or director (i.e. not an employee)". While the wording on the cert suggests otherwise the lawmakers have clarified their intention and for this reason I believe any action against a self builder on this matter alone would fail.

7. Architectural Technologists (Technicians) were excluded. This is now being addressed I understand but it will require the legal creation of a register for Technologists so the matter cannot be fixed overnight. In the meantime Technologists can work as ancillary certifiers within the existing framework.


Many of these issues are now being addressed and more issues will no doubt arise  but I believe it is too early to judge the merit of the actual law. Rightly or wrongly a "throw them in the deep end" decision was taken by government to proceed on 1 March and while some will drown most will (eventually) swim.

8. Architects feared impossible liability. This was the case in SI80 but SI9 is different in 2 critical respects. firstly the Ancillary Certificates can be relied upon by the Assigned Certifier. For example an engineer as an ancillary certifier might sign off on drains, foundations and steelwork. An architect (acting as certifier) can rely on this now and not "double check" these issues. Secondly the words "having exercised reasonable skill, care and diligence" are included in the Certificates. This is fundamental to normal practice and it means that for an action against an architect to succeed his/her "skill, care and diligence" will have to be proven to be unreasonable. Professional Indemnity Insurers were satisfied once these changes were made so I find the view that SI9 imposes significant additional risks to architects (acting reasonably) unsustainable .


What bits of the jigsaw are missing?
1. Latent defects insurance. This is a “solutions focussed” measure in the event of defects and is necessary for customer (and architect) protection.
2. Official RIAI documents for Architects and Clients.
3. Unity in RIAI.  It would be timely for a reaffirmation of Article 2 of the RIAI Memorandum of Association which state (emphasis mine):
"The main object for which the Institute is established is to undertake and encourage the general advancement of architecture for the benefit of the community and to promote and facilitate the acquirement of the knowledge of the various arts, sciences and skills connected therewith. The Institute seeks to achieve this object by being a centre of excellence for the advancement of education, information, advice and support in all matters related to architecture."
4. Better public understanding of the role and benefit of Architects.Even when patients die the medics get thanked for their care. Likewise architects deserve some respect for their service to people and that includes adequate payment which I am glad to see is actually written into SI9. Because Architects have been in an unmerciful construction recession client exploitation on fees has occurred. I myself have had the phone slammed down by angry clients when I informed that that I would charge for a call out.

Clients are the ones who now have additional duties and costs but the good news is that the building will be better as a result of this new law. For this reason, despite the problems, I support SI9.

Anthony Brabazon MRIAI is an architect and conservation architect in private practice at ABA Architects in Dublin. He is founder of RIAI Dublin Forum (for architects) and Help My House (for homeowners)

We've passed a significant milestone with 10,000 pageviews. Not quite sure how to react to that! Hope you've enjoyed some of the posts. Life as an architect in post crash Ireland has been...challenging...but I've a (not so) secret confession..I love it! Thanks to all our clients, you've been great and I hope we've done our wee bit down the years to smarten up your home and life.
Posted by Unknown at 4:53 PM No comments: